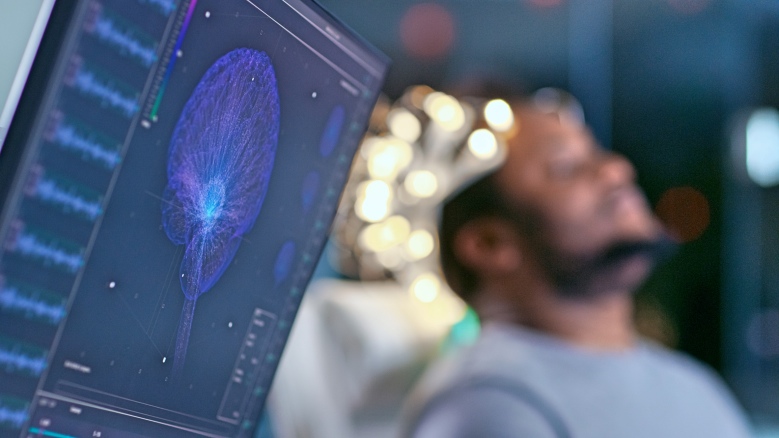 I have, for a long time now, been reading articles, books, and research papers by Jamie Hale MS. Some of these quotes are from articles or books, but most are from social media posts. For years, Hale has been an avid author, writing numerous articles for The Skeptical Inquirer, Psych Central, and Center for Inquiry. Hale also writes at his blogs at The Knowledge Summit. Hale deserves a lot more attention for the solid of work that he does.

I consider it a tremendous honor to be included in the Science Roundtable section of Hale’s book “In Evidence We Trust” right before Dr. Brad Schoenfeld PhD, whom I consider to be extremely knowledgeable. I remember reading Jamie’s book Should I Eat the Yolk? Many years ago, I have re-read it more than once since. In Evidence We Trust has my highest recommendation. The fact that In Evidence We Trust are being used in University courses on Research Methods is fantastic.

“I was informed yesterday that In Evidence We Trust will be added to recommended reading list for a University course on Research Methods and Stats.” Jamie Hale

A very striking quote can be found on the back of  In Evidence We Trust: “Intelligent people make poor decisions every day. They use emotion over evidence, fantasy rather than fact, and superstition instead of science. Much of this has to do with a general state of scientific illiteracy and the inability to think critically.” Brian Jones, PhD

Without further ado, here are 26 quotes from Jamie Hale MS:

“Science has limitations, but it is the best we have for discovering reality.” Jamie Hale

“Critical thinking is about what is true (epistemic rationality) and what to do (instrumental rationality).” Jamie Hale

“Don’t fall prey to bias blind spot, when you recognize that others are biased but fail to recognize your own biases. There is a huge body of research indicating humans are susceptible to a range of conscious and unconscious biases” Jamie Hale

“Science, although fallible, is the great reality detector. Science is a systematic approach to knowledge. Proper use of scientific processes leads to rationalism (basing conclusion on intellect, logic, and evidence). Science is a safeguard against dogmatism (adherence to doctrine over rational and enlightened inquiry or basing conclusion on authority rather than evidence) and provides a better understanding of the world. Scientific processes and methods are unmistakably the most successful processes available for describing, predicting, and explaining phenomena in the observable universe.”  Jamie Hale

“Intellectual rigor should be applicable across contexts, not only in a single domain. Consistent epistemic rationality is hard work and an characteristic of few people” Jamie Hale

“In the health world, just as in politics, people tend to get married to a particular philosophy or idea. They believe in that idea so strongly, that any challenge to that idea can create a defensive emotional response.” Jamie Hale

“The importance of language cannot be over exaggerated. Language, and its components, are involved in some way in almost every aspect of our lives. What if there were no complex languages or extensions of language- math, reading, writing, etc. Language allows us to tag sensory information and categorize concepts and objects.” Jamie Hale

“People often use the claim of “it can’t be tested” as a marker of virtue. Why is one claim that is highly unlikely (drastically deviates from everything we know about nature) any more respectable than another?” Jamie Hale

“When asked about your personal epistemology you are being asked what it means to you to know something. Kuhn (2001) categorizes knowing into three broad developmental categories: absolutist, multiplist and evaluativist. At the absolutist level knowing consists of absolute objective knowledge derived from one’s external reality. An absolutist approach to knowledge is often replaced during adolescence by a multiplist (there are mutliple points of view – knowledge is expressed as opinions, one not necessarily better than the other) approach to knowledge. The most advanced level of epistemology is the evaluativist level, which requires one to coordinate belief with the preponderance of evidence. Personal epistemology is often considered more a matter of cognitive style than cognitive aptitude. Cog style must be considered when questioning the likelihood of whether or not one will display consistent critical thinking.” Jamie Hale

“There is a plethora of evidence from the field of cognitive science showing that humans are cognitive misers; they don’t like to think hard”  Jamie Hale

“The problem that many people have with reality is reality disconfirms many of their beliefs. Reality is preferred when it confirms beliefs!” Jamie Hale

“Training in logic does not necessarily lead to enhanced critical thinking. There is more to critical thinking than assessing the structure of an argument. Reisberg (2013) points out that numerous studies have directly assessed whether training in logic improves everyday reasoning. “It does not” (Reisberg, 2013, p.160). Training in statistics does improve everyday reasoning. Not because it leads to knowing mathematical formulations, but rather it helps with translating everyday phenomena into statistical terms. Good thinkers think statistically.” Jamie Hale  “It is very clear that people don’t want facts. One need only consider the high level of superstitious belief in society. It is common to see individuals perpetuating science in one domain, yet totally ignoring it another. Being a consistent scientific thinker is very unsettling for most people. It is a lot easier to accept superstitious explanations, rather than really understanding the foundations of phenomena. These irrational beliefs are often the consequence of intellectual fear and dishonesty, not problems of perception.” Jamie Hale

“Realize you can’t be skeptical 100% of the time as there are not enough hours in the day, and this may lead to super-skepticism which is self defeating (you have to put a red flag somewhere, at least temporarily)” Jamie Hale  “Often, people promoting science are not really concerned with science, its philosophies or its findings, but rather the promotion of how smart they are. And, promoting a belief that cannot be falsified and is highly incongruent with the laws / principles / theories of the natural world should be ridiculed. No matter how many people believe it, or how much they wish it to be true.” Jamie Hale

“You can’t be skeptical all the time about everything; it requires too much time and excessive resources. Strive to be a practical skeptic and invest your energies into questioning claims and assumptions you deem most important.” Jamie Hale

“Educate yourself on the rules of logic (deductive and inductive), the principles of research, statistics used in research, and reliability and validity concerns regarding scientific evidence. Recognize converging evidence (evidence from various methods and from various researchers converge at a point) as the top level of evidence. Realize there are varying degrees of certainty, but no absolute certainty. Beliefs are tentative; they are subject to change, and they change according to the level of evidence supporting them.” Jamie Hale

“Tools of critical think include scientific thinking, prob. reasoning, logic and a tendency to override cog biases. Of course, there is an array of components that constitute these categories. Kuhn, Halpern, Stanovich, Kahneman, Baron and Nisbett have conducted research regarding various strategies. Dunbar has conducted research investigating scientific thinking in the context of scientific research. There is a plethora of data on this topic and related topics. Simply do search – teaching critical / rational thinking. Look at Stanovich’s website. Of course, even if one does attain the appropriate mindware this doesn’t mean it will be put to use. However, in regards to cog style, it is often acquired in a social setting, thus the need for researchers to study and approach the social contexts in which these styles are developed. Once developed to a high degree cog style may be hard to alter, but it can be altered with varying thought patterns which will may lead to installation of new mindware and destruction of contaminated mindware.” Jamie Hale

“Yes, understanding the implications of a study require more than acknowledging something positive from the abstract. In addition, replication is important. Replication needs to be conducted, and replication by another group of researchers is important. Of course, there are different categories of replication. I will cover these categories in a future project. Science is often an appendage used for marketing. A comprehensive understanding of science requires at least rudimentary knowledge of metasciences (phil of science, psy of science, history of science, soc of science) in addition to res methods and stats. Consistent scientific thinking is hard work and is demonstrated by few.” Jamie Hale

“I am fond of the phrase “your experience is confused.” This phrase means that, in the context of causal claims, your experience is influenced by an array of variables, thus labeling a cause and effect relationship in unreasonable. This is a key point research methods and stats students learn the first week of class. This lack of control means there are an array of traits, characteristics, phenomena that could be attributing to the outcome. True experiment is needed in order to determine cause and effect, and even then, it is stated as a p-value, or probability value.” Jamie Hale

“This is a key point research methods and stats students learn the first week of class. This lack of control means there are an array of traits, characteristics, phenomena that could be attributing to the outcome. True experiment is needed in order to determine cause and effect, and even then, it is stated as a p-value, or probability value.” Jamie Hale

“People often reason backwards, beginning with the conclusion. Whenever trying to persuade anyone of anything it is important to consider their personal epistemology. That is, how do they decide they know something. What are the criteria for knowledge? People often display an inconsistency regarding knowledge acquisition. Again, this is evident with the inconsistent scientific thinker.” Jamie Hale

“People are sometimes confused about the difference between the terms skeptic and cynic. Skeptic is derived from the Greek skeptikos, which means “inquiring” or “to look around.” Skeptics determine the truth value of claims according to the level of evidence. The individual’s reputation, authority, or credentials do not make the claim correct.” Jamie Hale