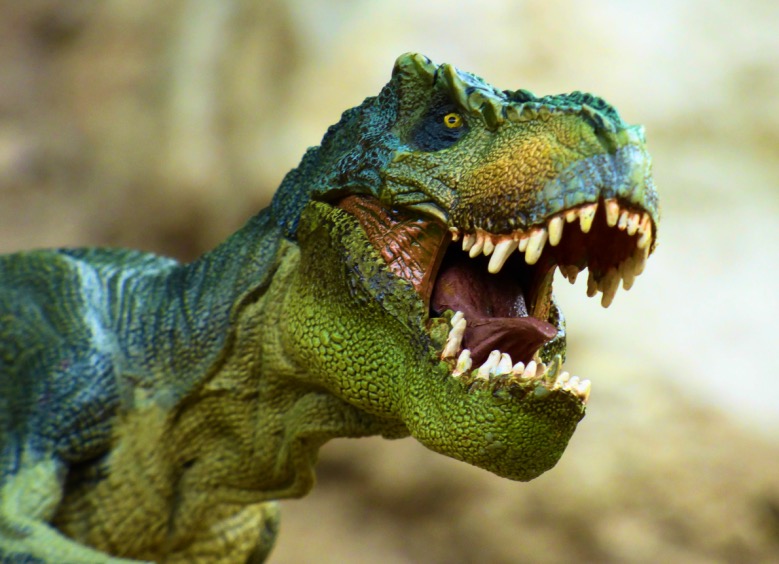 Dinosaur therapist is a term coined by Adam to describe the “iconic, influential and idolised clinicians and researchers who, despite a new era in understanding pain and growing evidence of the biopsychosocial model, still stubbornly refuse to change their methods or mindset, and continue to promote and teach outdated methods of assessment and treatment” (1).  There is an underlying danger: if we use the same uncritical, unscientific thinking patterns as the dinosaur therapist or clinician, our will industry will not evolve and learn from our past. The lazy thinking that has characterized physiotherapy and pain management over the past decades is starting to dissolve.

Physiotherapy is becoming more scientific and research-minded. Nothing scares a dinosaur therapist or clinician more than getting their whole worldview updated and their dogmatic concepts and applications modernized using current research. But what makes a “dinosaur” physiotherapist a dinosaur? And what distinguishes dinosaurs physiotherapists from an up-to-date physiotherapist?

Physiotherapist Neil Meigh had a great post on social media that can serve as a way for clinicians and patients to recognize if they are dealing with an old relic and a physio dinosaur that would serve our industry best in fossilizing as quickly as possible. Dinosaur physiotherapists often have vested interests in peddling pseudoscientific interventions and “quick fixes” to overcomplicated musculoskeletal disorders and pain, from fixing imaginary dysfunctions, realigning subluxated joints or twisted thoracic rings to releasing muscles or immobilized kidneys.

There are 7 fundamental characteristics often seen in a “dinosaur” therapist:

They see themselves as an “operator”, (2) a professional who “fixes” a patient’s problems or pain. The mindset of the “operator” physiotherapist is that they can, with their superior master level manual skills can, adjust their patients’ muscle activation patterns or muscle firing sequence or release the “fascia” of the patients, not to forget straight up batshit crazy stuff like adjusting the internal organs of the patient, with your hands. This operator mindset implies that the patient is viewed as a passive recipient in the therapeutic encounter. The dinosaur therapists do not consider themselves an interactor who interacts with another human being.

One thing the dinosaur “guru” therapist often does is showmanship patient demonstrations. They “fix” patients quickly on stage, before a cast of fans and believing followers, partly due to the “fixer” mindset and operator mindset.  One reason that the dinosaur “guru” therapists are still using the outdated ‘operator’ treatment model is because it supports and goes hand-in-hand with their internal narrative. It caters to their showmanship nature and their oversized ego. It’s about them, not the patient, but it is only about the results they get with the patient as a means to fuel their often larger-than-life ego.

The dinosaur therapist very often has a pile of successful patient outcomes that, if put on top of each other, could reach the moon. They will usually be quick to call out weak and anecdotal evidence if they see it presented as something that goes against their own narrative but will, on a whim, spur off multiple clinical anecdotes to support their own superiority. As science-based clinician, Ben Cormack, said, when asked why he did not post more personal anecdotes, “What kind of self publicizing ego maniac would shout about his results” noteting that they could just be a straight-up lie.

Dinosaur therapists also conveniently forget that “outcome measures measure outcomes, not effects of intervention” (3). As noted by Dr. Neil O’Connell, “You can’t tell if a treatment works just from clinical observation and experience”.  Even If the outcome measure used is a valid measure (most of the time, it’s not valid or reliable), we can’t say what worked because of multiple error terms and confounding factors. Not me mention the high risk of bias in the assessment.

It’s tough to show causal inference (cause-and-effect); it can’t be done in the clinic using only experience! This is fundamental scientific theory at kindergarten level! Sadly many therapists lack this knowledge and realization. There is too high a risk of confounding factors and post hoc type 1 errors.

The dinosaur therapist often is in a never-ending search for the next best tool to put on their clinical toolbox. The mindset that fuels this thinking is the more tools they have in the clinical toolbox, the better they become. They also are senior riders on modality rollercoasters, having taken multiple courses. Thinking this gives them some credence and makes them superior to a therapist with less experience on the modality rollercoaster.  This is without considering the assumptions and scientific plausibility of the tools they put in their clinical toolbox. As noted by my good friend Dr. Silvernail “A toolbox is full of products without an underlying process – and that does not lead to a defensible and consistent approach that handles complexity well.”

The physiotherapy industry has a long history of trying to find the magic ‘technique’ or intervention as a simple solution to the complex multidimensional problem of chronic pain. The magical quick fixes are only supported by fantasy-like explanations and dubious evidence at best. The dinosaur therapist has not read up on the current scientific research and therefore has not come to the conclusion that there is likely not a quick fix to the multidimensional problem of chronic pain.  But because the dinosaur therapist’s business model is based upon serving magical quick fixes intervention as a clear, simple, and neat (and wrong) solution to chronic pain, they ignore the mounting research that notes that pain is a “multidimensional experience produced by multiple influences.” (4)

Dinosaurs will often claim to be offended or insulted by critical views, or if you try to make them show evidence for the many unsupported claims they make about their fantastic methods. This is an often used form of manipulation and debate tactic that seeks to withdraw the focus because they often have no evidence to support their vast claims. Calling out a dinosaur’s flawed clinical reasoning will likely result in them calling you unprofessional and resulting in childish behavior, totally missing the point that treating people as if the earth is flat should be called into question.

The dinosaur therapist has often conceptualized pain as something in the body like a kidney or patella. But pain was never a somatic entity. This erroneous belief serves a convenient purpose because it empowers the dinosaurs to attack this “thing” (called pain) with different modalities and magical quick fixes, forgetting that pain is an experience. As is noted in the very definition by IASP, “Pain is an unpleasant sensory and emotional experience associated with actual or potential tissue damage”. Dinosaur therapists can often be somewhat successful or even reach “guru” status if they have a particularly appealing narrative. An important factor is that they can be tough to spot for a client or young physio.

Fundamentally, it requires a great deal of knowledge of logical fallacies to spot their erroneous argument and a comprehensive understanding of the research, which is something most young physio and patients lack. The new and evolved dinosaur therapist will still do all of them about, but under the guise of sciencey-sounding words and phrases, like “evidence”, “consensus,” and “scientific”. But when looking at their operational framework, you will see that they have not evolved one bit, only learned some new fancy sciencey-sounding words.

The major problem of misinformation and outdated dogmatic clinicians

“I have tried physiotherapy, and it did not help me!”

This is a typical comment from many people living with pain; they have been to 2-3 physiotherapists and have tried numerous interventions, but often only low-quality treatments and passive modalities. It is disheartening to hear vulnerable and disabled people share their stories and realize they did not get a single high-quality treatment. They got served up a platter of misinformation, told scary shit, and persuaded into outrageous amounts of useless low-quality interventions.

“Health care delivered in ignorance of available research evidence, misses important opportunities to benefit patients and may cause significant harm” (5).

A shorter version of this article has previously been posted on Adam Meakins’ The Sports Physio blog.